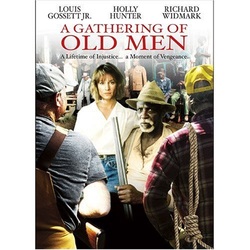 Directed by Volker Schlondorff, written by Charles Fuller, based on the novel by Ernest J. Gaines, A Gathering of Old Men was made for American television although it was shown as a feature film in Europe, including at the Cannes Film Festival of 1987.

This was the last movie on which Tom worked, and the title seems fitting for his farewell performance. Most of it was filmed near Thibodaux in Lafourche Parish, Louisiana, and cast and crew were housed in that town.

The old men of the title are a group of elderly black men who all show up at the body of a white man who had been shot in self-defense by a black man, each of them having fired one shot from his gun and each confessing to the killing. 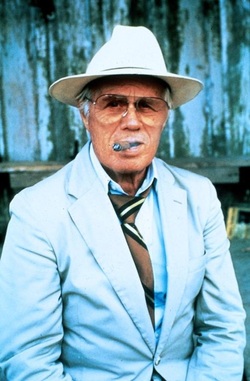 Holly Hunter plays the young woman who is involved in the scheme, Richard Widmark the investigating sheriff. Tom much enjoyed both of them, particularly Widmark who was approaching the end of his great career. 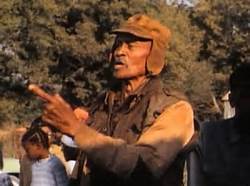 But the core of the movie, its true heart, is the group of elderly black men, each of whom has a wonderful face and each one giving a wonderful performance. Tom loved working with them. He particularly appreciated getting to work again with Howard 'Sandman' Sims and Woody Strode (shown here), both of whom he had gotten to know during the making of The Cotton Club. 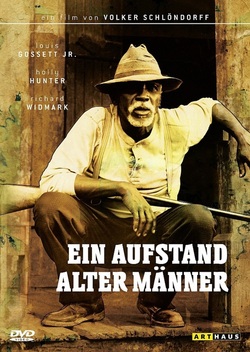 Tom was happy with his work on the film and pleased that it turned out so well and that it had a theatrical release elsewhere in the world.

But he was lonely in Thibodaux. He was now 65 years old, and working out of town no longer had the attraction that it used to for him. After his return to New York, he did not actively seek out work. When my own circumstances a couple of years later brought about my return to my family home in Alabama, he was more than ready to accompany me.

He did hang on to his New York apartment for a little over a year, spending part of his time there and part in Alabama. Then right after having given up his apartment before the final move, he was offered a job handling the New York screenings and release of The Silence of the Lambs. Director Jonathan Demme had been an old friend from their early publicity days together, and it would have been nice to work with him. Not to mention the cast!  He decided that the move was more important to him than the movie. There was me in Alabama. There was a wonderful office where he could write. And there was Huckleberry.

A while later he was offered a movie being filmed in Florida. This time he had arthroscopic surgery scheduled for his right knee, and the knee pain made that more important than working on another film.

He wrote. I wrote. We self-published. We took care of kinfolks, his and mine. In particular we oversaw the last 6 years of the life of his 17-year-older blind and crippled sister Norma, from the time that she was moved from her home in Las Cruces, NM to a retirement complex in Tuscaloosa until her death in 2000, at the age of 94.

And there was Huckleberry, who entered out lives 10 days after our move to Alabama, and the 4 goats down in the pasture that we inherited with the property, and later on Roscoe, Catalina, Sibling, and Kitty Witty. They all contributed greatly to our life in Alabama.

Tom died on December 6, 2007, of a pulmonary embolism three weeks after surgery. He had made arrangements for his body to go to the anatomical donor program of the medical school of the University of Alabama, Birmingham. When his ashes were returned, they were buried in Hollow Square Cemetery, a little over a mile west of where we lived. 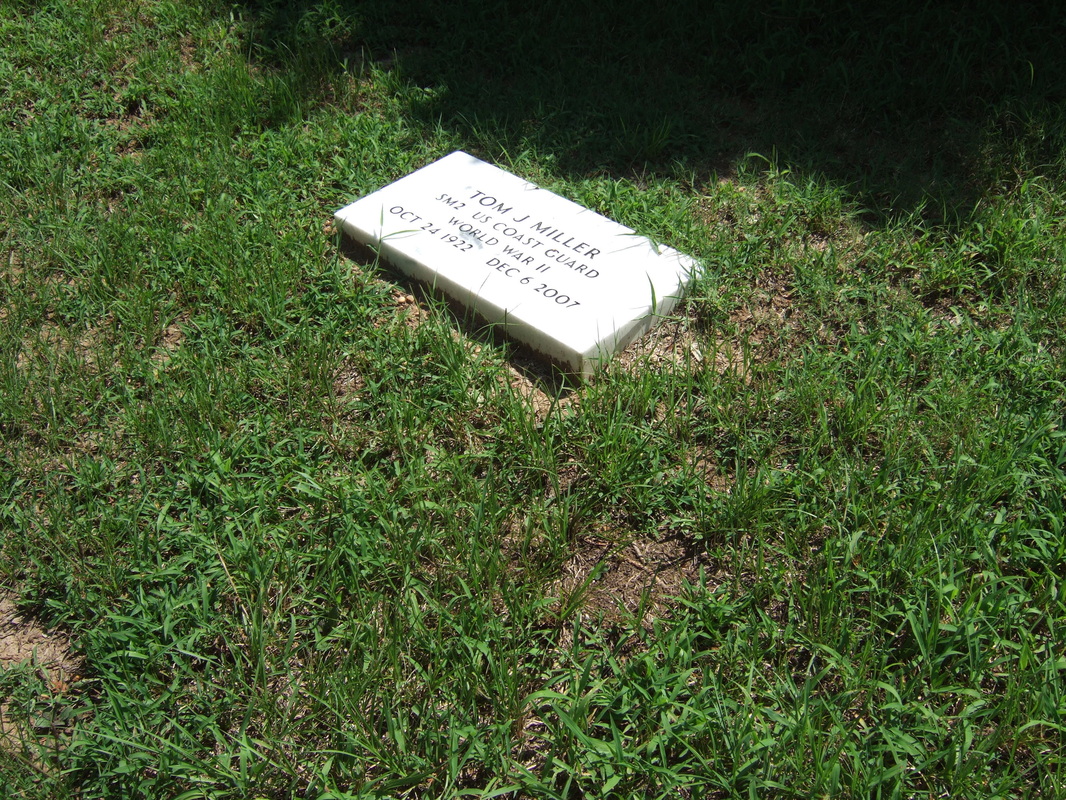