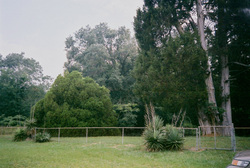 HOLLOW SQUARE CEMETERY, sometimes listed as "Mays Cemetery" on old maps but never referred to that way by members of the May family, is located 1.7 miles west of Sawyerville, Alabama on the north side of State Highway 14, a few yards beyond where County Road 77 intersects from the left, and 2.7 miles east of the intersection of State Highways 14 and 60 at Wedgworth. The cemetery itself is all that remains of the small community named Hollow Square. Although the exact date of the founding of that community is unknown, there is evidence that it had a post office as early as 1848, and its first appearence on the state map was 1853, its last appearance in 1878. I suspect that the community may have grown in importance as a commercial and social center of the area after the Greene County seat at Erie, a town on a bluff overlooking the Black Warrior River, had been moved in 1838 to Eutaw, some miles away across the river. Erie had gone into a decline, its post office being discontinued in 1848, possibly having been moved to Hollow Square. 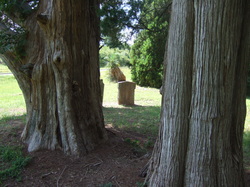 The two tombstones viewed through the trees mark the oldest burials in Hollow Square. The one most visible is that of Joel Lipscomb, his date of death given as 4 September 1836. To the left is his wife, Betsey Lipscomb (Chiles she had been), who survived him until 15 November 1847. She was, I have been told, the daughter of a man who fought in the American Revolution, making her one of the original DARs. A number of persons buried in the cemetery have been moved elsewhere, including, I am sad to say, my own grandfather, Jonathan Brooks May. Family members suspect that in the cemetery there are other graves not, or no
longer, marked, and possibly others outside the cemetery fence as well. 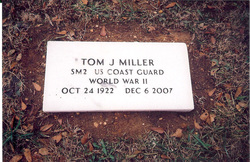 The most recent burian in the list referenced above is that of Tom Miller. His
marker, supplied by the United States Military, bears the simple inscription:

(He achieved the rank of Signalman 2, in case you wonder what that meant.) 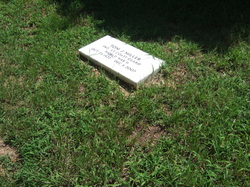 An account I wrote of his burial can be viewed here:

At the end of the article there are a number of comments by readers, and further reflections on Tom's death and burial and our life together in Alabama are including in my reactions to  the comments. This article was first published in the online edition of the New York Times on August 26, 2013. 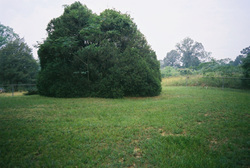 Tom's final resting place lies just to the right of this wonderful old rounded evergreen. (It is old, certainly older than I am, for it was big in my childhood). His ashes I buried first, dumping them from the plastic bag they came in into the hole I had managed to dig.  It was dry that summer of 2008. To prepare the ground for the marker for several days I had to take gallon wine jugs filled with water to the site to  moisten the ground in which I wished to dig. When it had softened enough, I excavated a rectangular area a little bit larger than the marker itself and spread concrete freshly made on the spot (more jugs of water involved) on the bottom to provide a support for the marker. To my dismay I found out that a rectangle of marble is just a bit more than I could manage alone but with help from my Cousin Billy the feat was accomplished. I spread a bit more concrete over that already laid, and after we set the marker in place, I surrounded it with a bit more to secure it. 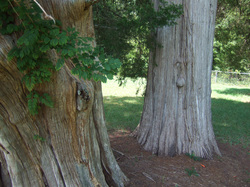 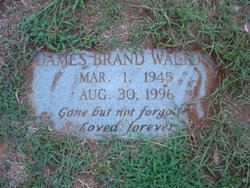 The Hollow Square Cemetery Fund was established in 1997 by three cousins of the late James Brand Walton, who met his untimely death on August 30, 1996 from injuries suffered in a car crash on his way home from work. He was only 51 at the time.

Jim had himself managed the upkeep of Hollow Square Cemetery for some years, doing most of the work himself. It was a task he performed with willingness and grace. His maternal grandparents, James Robert Martin and Susie May Martin (always to this writer Mr. J.R. and Cousin Susie) and any number of his aunts and uncles and cousins are buried there. Jim had been a treasured member of the extended family, and a great number of his siblings and cousins have contributed to the fund over the years. It had seemed to the cousins who conceived of the fund that doing so would be a way to honor Jim's memory in a manner which he would have approved. Jim cared greatly for his predecessors, his siblings,  and his extended family of cousins. He is missed, and he is remembered. 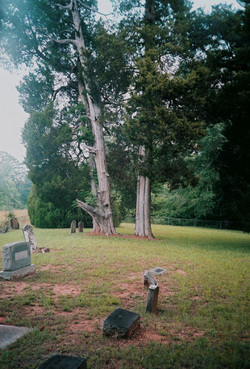 It is a pleasant, peaceful cemetery.

It pleases me to know that someday I will join
those already resting there. 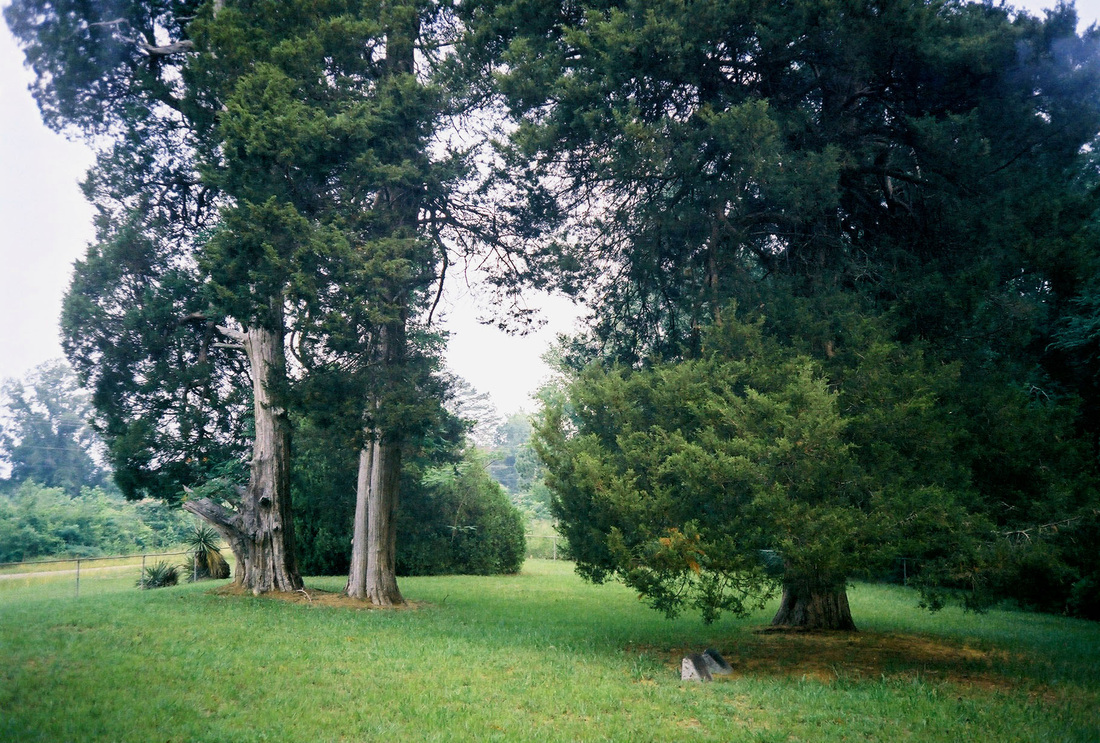