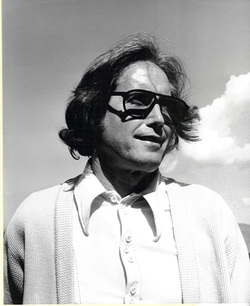 THE MIDDLE YEARS: 1976 - 1981
The 1976 release Mikey and Nicky had been filmed earlier, and Tom's adventures with that one are covered in A Fever of the Mad. The 1978 movie Matilda, about a boxing kangaroo, was one that Tom tried to pretend he never had anything to do with. What turned him off? His learning that the filmmakers' intention was to (and in fact did) use a man in a kangaroo suit. When Tom was instructed to oversee a bout between kangaroo and a real boxer for publicity, he insisted on getting a real kangaroo for that occasion, the only real kangaroo ever connected with the film. Luckily he only had to work for the location shots in New York and did not have to follow the film to Los Angeles.

This middle bunch of movies includes: