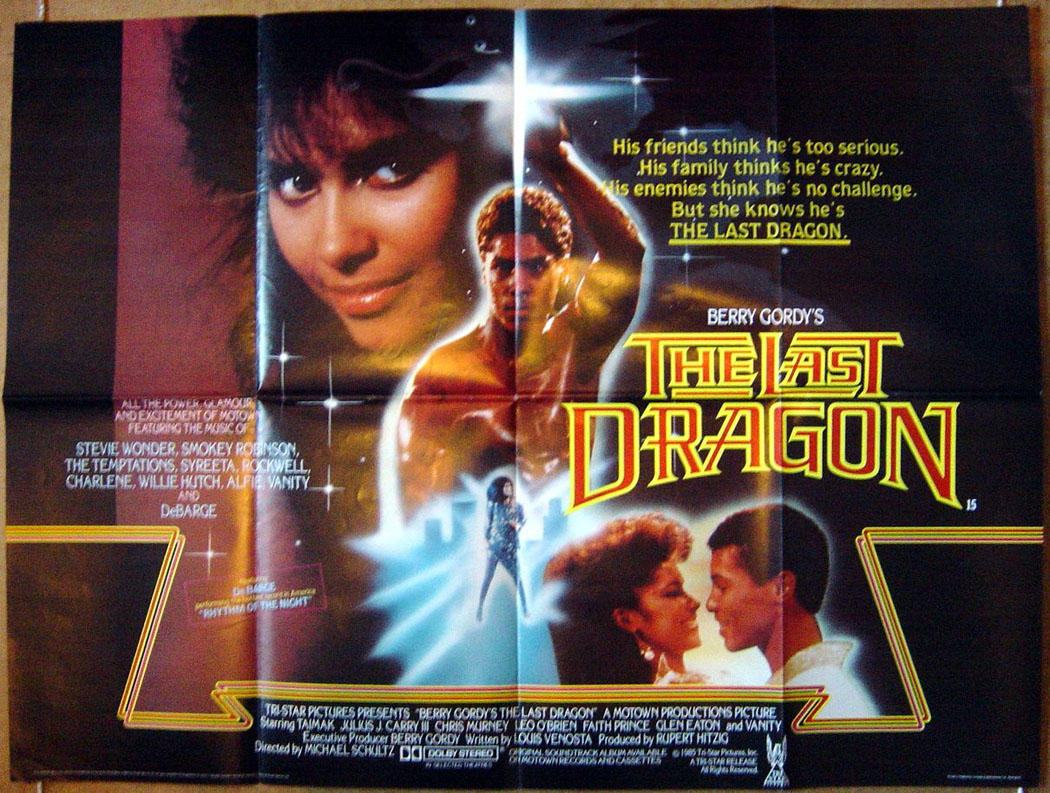 Again it appears that Tom's reputation for interfacing well between black-related projects and a mostly white press helped him get a job. He was hired to keep the movie as quiet as possible during production, just has he had (ostensibly) been on the earlier The Cotton Club. He was more successful at keeping the lid on with The Last Dragon. This was, incidentally, an enormously successful movie when cost is compared with revenue intake. And it's a good bit of fun.

In A Fever of the Mad, Tom writes:

As for my next movie, The Last Dragon, as the film was known during production before acquiring Berry Gordy’s name as part of its title, it too had a closed-set policy during production, and, unlike The Cotton Club, was able to maintain it. There were few if any mentions of it in the press, certainly none in the gossip columns, because that was the way Berry Gordy wanted it. He wished to avoid the overexposure to title and entity that perhaps had caused other films to be less than honestly evaluated in the inevitable, considering the circumstances, screening-room arena of contagious critical comment. It was easy to keep The Last Dragon quiet. It had no money problems (comparatively speaking). Berry Gordy, its executive producer and the founder of Motown, kept the lowest of profiles. When the picture opened, hardly anyone had heard of it—so  much so that hardly anyone outside the obligatory daily newspapers reviewed it. The lack of production publicity did not hurt The Last Dragon at the box office. It became one of the year’s sleeper hits, without to my knowledge a single magazine review to its credit. It did get nice words from Roger Ebert of the Chicago Sun-Times and David Hinckley of the New York Daily News and a belated four-weeks-into-its-run rave review by Joel Siegel on Good Morning, America. 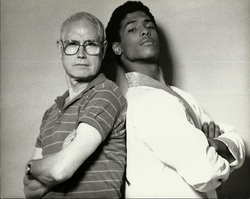 He liked young star Taimak enormously. Handsome fellow. The word beautiful would not be out of order. He has worked regularly since in movies and television and in other capacities. At the time I would have predicted a greater popular success. Stardom, even. Tom certainly thought so. 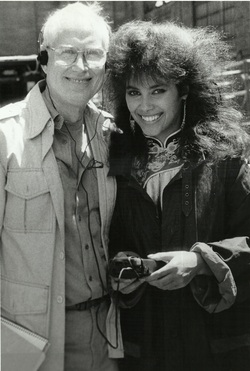 And just as much he adored the other single-named star, Vanity. And certainly Vanity also had a lot to be vain about, certainly in the looks department. Tom thought she too would shoot to the heights of stardom. She didn't. Were she and Taimak just a bit ahead of the curve for that? Just possibly.

I understand that she left Hollywood in the mid-1990s and subsequently devoted herself to Christian causes.

But here she is letting Tom listen to some music. Probably some of her own. 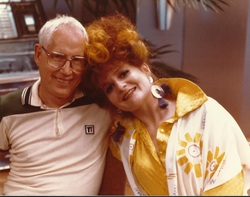 And Tom adored Faith Prince! Who wouldn't! He was delighted at her subsequent successes on the Broadway stage.


All told, a pleasant job, fun people, few headaches. And that last, after The Cotton Club, was a great relief.