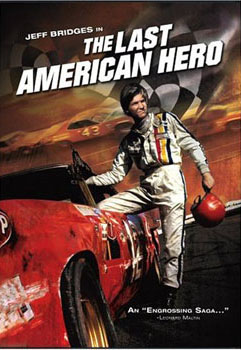 Tom on a racing car movie! Hard to believe, even now. But it was an experience that on the whole he enjoyed hugely. The actors and the crew, as well as director Lamont Johnson, made it a most pleasurable assignment. 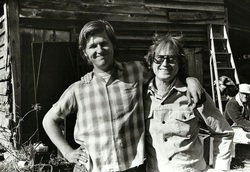 Tom found Jeff Bridges a joy to work with. Somehow that is not surprising. Who wouldn't! And he wasn't even "The Dude" yet. 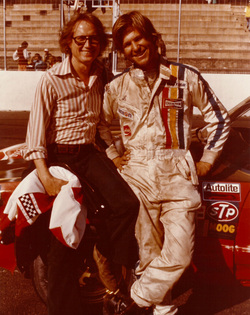 He once told Jeff, “You could be the next Wallace Beery.” It was meant as a compliment, but Jeff was nonplussed.  He also very much liked the opportunity to work with Geraldine Fitzgerald and Art Lund, who played Jeff’s parents. Both of them were impressed to discover that Tom knew all about their careers.

Valerie Perrine seemed to enjoy Tom’s company almost as much as he did hers. 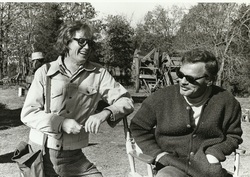 Tom also very much liked getting to know actor William Smith. They hung out together a good bit during the filming. Tom thought he had enormous charm. 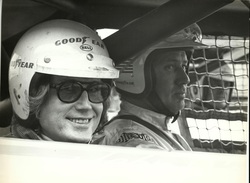 Stunt director Everett Creach became a friend. He allowed Tom to ride with him when they were recording racing sounds for the movies. 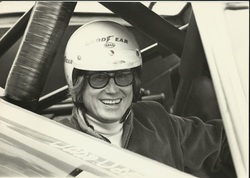 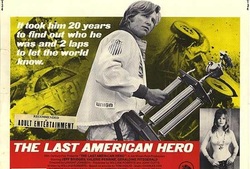 The movie itself was given a half-hearted throw-away release, not unsimilar to that of The Wrath of God. In this case, however, critic Pauline Kael came out with a review full of enthusiastic praise, and then the studio started having screenings and placing major ads for it. Still, the movie did not do great business during its initial release. Over time it has developed a most positive reputation. Tom felt (as do I) that although the performances are wonderful, the depiction of the life of the family well done, the racing sequences more than competent, there is an “unfinished” feel to the movie. While one understands the reason why the movie ends as it does, the writing, directing, and editing are not quite up to the task of bringing it off.