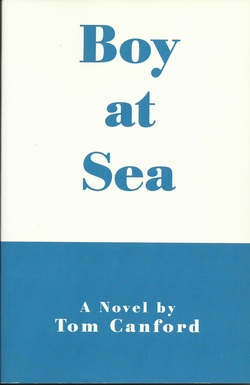 Kenny Roper has seen too many movies about WWI to hang around and be caught in the draft of WWII. If he goes down, let it be in water and not in trenches. He joins the U. S. Coast Guard. He won’t have to go overseas, will he? Guess again, Kenny. You’re in for a rude awakening, as well as a riotous and raunchy adventure.
“Do you like girls?” he is asked in the examination room. What do they think, he’s antisocial? So begins Boy At Sea, a novel that, as the title suggests, is about conflicted sexuality as revealed through the picaresque adventures of a college freshman-turned-sailor.
Kenny meets great guys on ship and on land, but none so intriguing or troubling as blond gunner’s mate Blake, stationed aboard the same destroyer escort in the South Pacific.
Kenny’s travels take him from Wilmington and other parts of California to New York and Boston, Brisbane, Samoa, the Panama Canal Zone and Alaska. He experiences the Zoot Suit Riots in Los Angeles in 1943 and the Battle of Leyte Gulf in 1944, but nothing sears itself into his consciousness like his relationship with Blake.
* * *
Boy at Sea was written as a memoir of Tom’s life in the Coast Guard during WWII. While he was doing what he hoped was the final edit, he became aware that an important person in the account was still alive, and Tom thought it would be best to change the names of all people and ships and publish the work as a novel.
During his time in the service, Tom wrote many letters home to his family, particularly to his older sister, Norma Miller, who kept all of the letters along with other material sent and organized them into a couple of albums in chronological order. This collection provided Tom with an excellent timeline of his adventures, where he was when, persons he knew on ship and off. Of course, much of the material in the book was not included in the letters home (and if you read the book you will know why), but what was there was enough to remind him of other activities and excitements.
After Tom’s death, I wrote to the Veterans History Project at the Library of Congress to see if they would be interested in the albums. There was interest, and I deposited Tom’s letters accompanied by a copy of the novel/memoir with the Project.

IMAGES OF A BOY AT SEA:

So innocent, but you can sense how he could get into trouble on ship and off.
This photo was made about 1944. 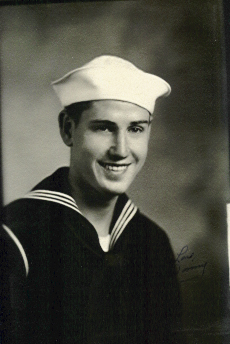 Same day, bigger smile. That cap was still in his possession when he died.
He loved caps and always wore them with a distinctive sense of style 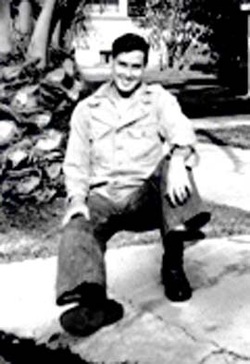 At the Coast Guard station at Long Beach. 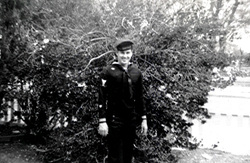 Fattened up to 170 pounds just before release from service in 1945.
He never let himself get that heavy again. His Aunt Bea liked stout men and
approved of Tom at this weight. 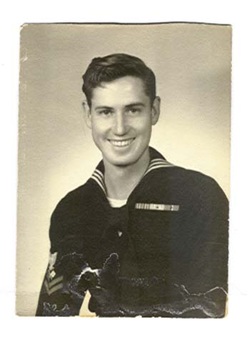 Signalman 2d Class Tommy Miller. (Not that Morse Code and use of a blinker
did him much good in later life. Still, he was proud of the fact that he had
been good at it.) 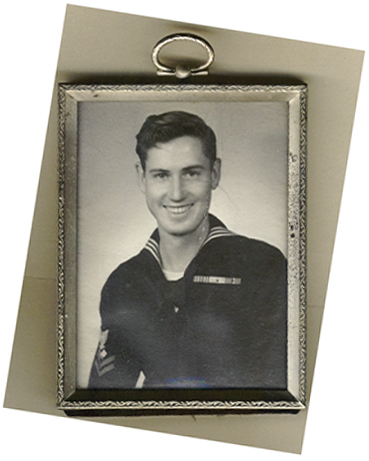