THE GANG THAT COULDN’T SHOOT STRAIGHT, 1971

Tom thought that the screenplay was excellent. The movie turned out to be less so. He wished that it had been directed by someone more capable than the merely competent James Goldstone, whose later works were mostly TV movies and miniseries.  Still, Tom enjoyed much about the making of the film, particularly the chance to work with Robert De Niro again and to meet and work with actors as interesting as Jerry Orbach, Lionel Stander, and Jo Van Fleet. 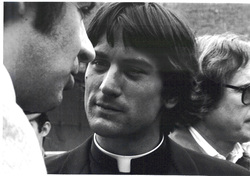 Tom had been working at AIP when Roger Corman’s Bloody Mama was released, and what a cast that had, including De Niro. Tom and De Niro had bonded nicely, and with Tom living at 12th Street and Greenwich Avenue and De Niro only a couple of blocks north, on 14th Street just west of 7th Avenue, they often saw each other. They’d take long walks through the Village, smoking pot, which made Tom more than a bit nervous. Didn't seem to bother De Niro. Occasionally they would have dinner together, usually at El Charro, a good Mexican/Spanish restaurant just off Greenwich Avenue on Charles Street. The manager, who had often seen Tom and me there together, thought De Niro was Tom’s son, which amused De Niro and irritated Tom just a bit.

When DeNiro appeared with Shelley Winters in the off-Broadway production of One Night Stands of a Noisy Passenger, he asked Tom and me to attend as his guests. Winters has described De Niro’s performance as "watching sexual lightning onstage." She was right. While De Niro was a perfectly nice-looking young man, he was not generally considered your standard hunk, (In Bloody Mama Don Stroud was the hunk, while De Niro was the nebbish.) But in his performance in this play, in which he was the young gigolo lusted after by the aging Winters, he acted gorgeous, and he came across gorgeous. This is not the attribute for which he is best known in films, and Tom thought is was too bad that no single film role ever captured this aspect of De Niro.

The Gang movie location was in Brooklyn, and Tom and De Niro, living so close together, would be picked up last by the limousine carrying Orbach and Stander. I gather that the 4 of them had a great time on the drive to and from the location. Tom became particularly close to Stander, and they communicated off and on over the years. In fact, Tom received an invitation to Stander’s last wedding, in Rome, I believe. Tom didn’t make it.

Jo Van Fleet played an Italian grandmother. She really hated having been typecast to play old ladies, and she did express herself firmly on the topic to Tom. She particularly hated playing Paul Newman’s mother in Cool Hand Luke. Tom was, of course, familiar with her work in film and onstage, and that knowledge impressed her. 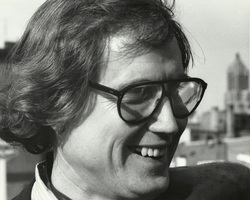 Originally Al Pacino had been considered for De Niro’s role in Gang, and De Niro had been cast in a small role in The Godfather. Both films were shooting at about the same time. Somehow the producers worked out a swap: give us Pacino for Godfather and we’ll give you De Niro for Gang. It probably worked out well for both: Pacino’s performance is legendary, and De Niro moved from what would have been a small supporting role to a major role in a different, if much lesser, film. But then, there’s The Godfather II . . .

A major plot element involved a lion, and that lion gave Tom much more in the way of headache than any of the other actors. One night during a scene with, if memory serves, Leigh Taylor-Young trying to pull the lion on a leash into a building, the lion escaped and went running down the dark streets of Brooklyn, cast and crew in full pursuit. It finally found a neighborhood bar with the door open, and it wandered in, to the startled amazement of the clientele. According to reports, “everybody just froze.”

Another scene involved the lion, having become dirty, being pulled through a car wash to clean it up. Ah, Tom says, a Big Scene to which I can invite the press! He did. And it did turn out to be a Big Scene! About halfway through the process, the lion’s foot became caught in the car wash mechanism. The press had a field day. Cruelty to animals! Call the ASPCA! Tom did issue releases that stated, apparently truthfully, that the lion had not been injured. Not that they did any good. The damage was done. Tom finally decided that ignoring damage was better than trying to control damage, and he convinced the movie powers that were that any further attention to the matter simply kept it in the public eye. 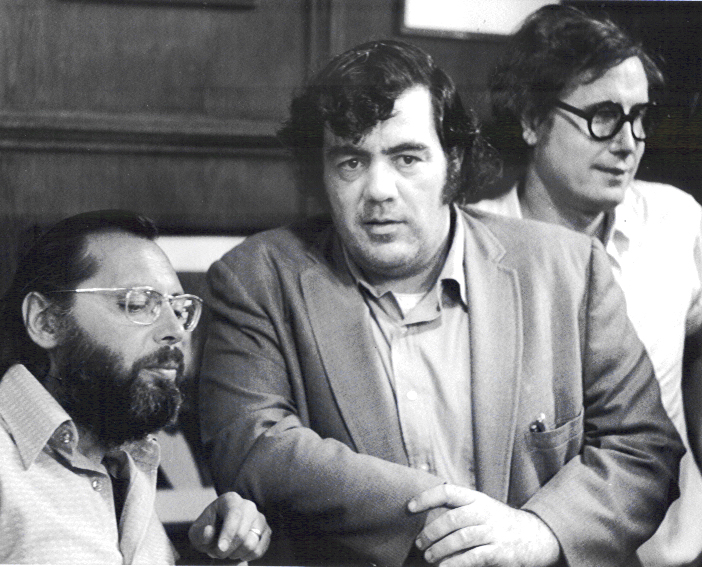