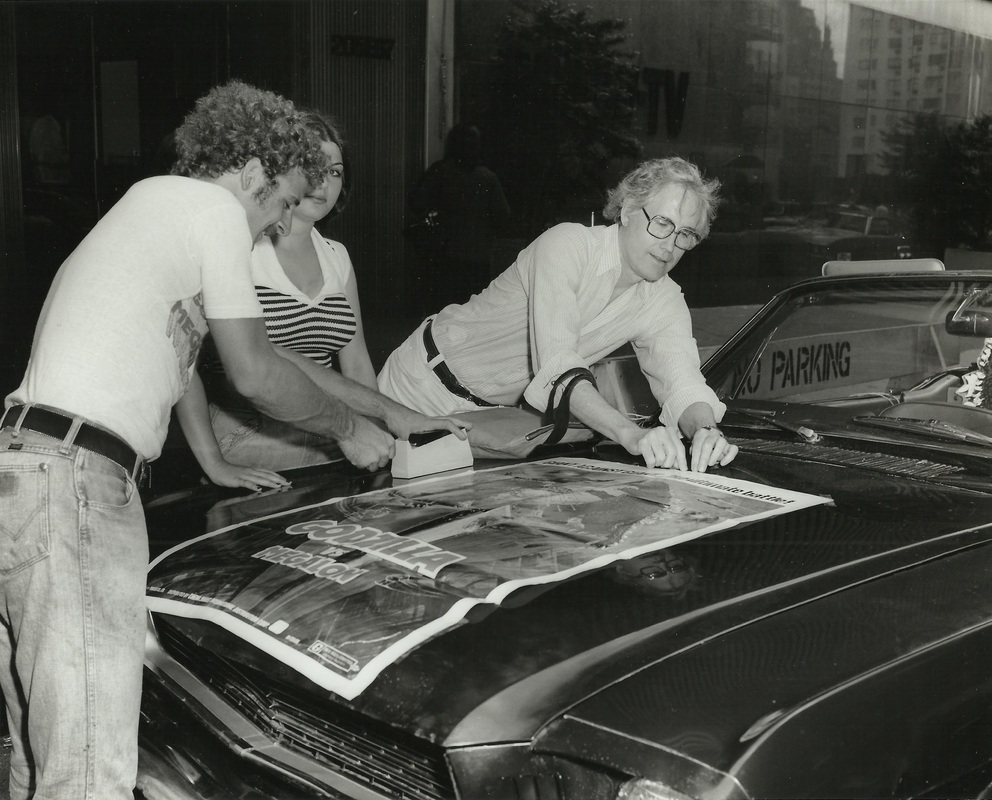 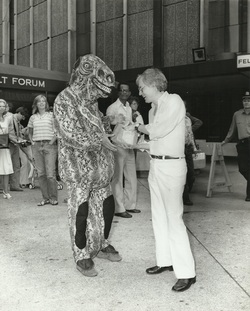 Definitive illustration of the publicist as whore who will do anything for a buck. (Maybe it is fitting that this was his next paycheck after The Happy Hooker!)

Actually, from time to time Tom would take  on special jobs between movies. Working on the New York premiere of Lean's Ryan's Daughter and the American release of Fellini's Amarcord were two special projects, and from time to time he would fill in for staff publicists, usually friends of his, when they were on vacation. His background as a staff publicist before he moved into unit work made that an easy paycheck for him.

But nothing was quite as special in its own way as Godzilla vs. Megalon! 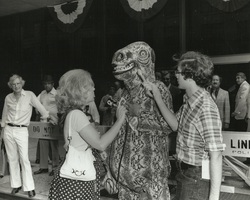 Tom was hired for one day to shepherd an unemployed actor in a tacky monster suit around New York and the Democratic National Convention at Madison Square Garden. Why anyone thought this would add one dollar to the movie receipts is a mystery. Nevertheless, Tom threw himself into the task and had a great time. You can just tell in these photos. He had a ball that day, and the paycheck covered more than a month's rent on his apartment. 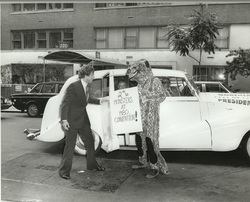 His favorite memory: of the day: The actor in the tacky suit needed to urinate, and the suit did not lend itself to such activity at a public urinal. Tom told the actor that it might be best to go to Tom's apartment. They drove up in the pictured limousine, and Tom got out and held the car door for the actor. Tom's neighbor, Mr. Patton, as was his usual habit on sunny days, was standing on the steps in front of the building. He just nodded to Tom and his guest as they entered and didn’t crack a smile. The unflappability of the native New Yorker!