And yes, the plot did involve jeans with see-through bottoms. 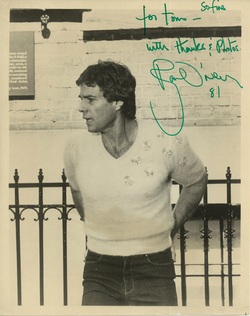 For the life of me I cannot recall precisely why Ryan O'Neal had to put on a fuzzy pink sweater. It seemed to make sense at the time.

One reason that Tom was offered the job was that he already had a reputation for working well with "difficult" actors. O'Neal was considered a charter member of that category. Tom never had any problem with O'Neal. He always suspected that some of the reputed difficulty may have been caused by some of those with whom the actor had worked. 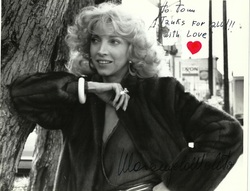 Tom very much liked Italian actress Mariangela Melato, who had come to American attention some years earlier in Swept Away. He found her charming, witty, lovely, a joy to be around. Just now, in verifying the spelling of her first name, I ran across the fact that she had died in 2013 at the young age of 71. http://en.wikipedia.org/wiki/Mariangela_Melato