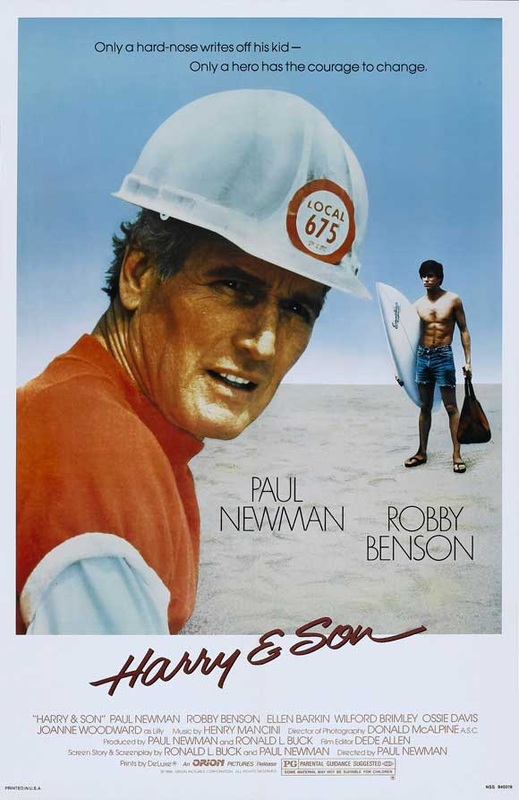 Tom Miller was the publicist. 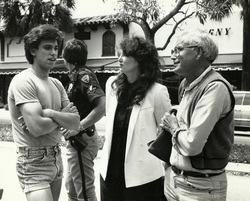 Tom much enjoyed having the opportunity to work with Robby Benson again some 3 years after The Chosen was released. Tom said their conversation and friendship resumed right where it had left off. Other actors, including Matthew Broderick, had been considered for the role of Newman's son, but Benson came out on top. Unfortunately his role seems to be the worst-written in the movie.

Joanne Woodward played Newman's sort-of-girlfriend, whose daughter Katie (Ellen Barkin), pregnant with another man's child, is resuming a relationship with Newman's son. Yep, sort of a soap, but not a bad one, I thought.

Tom, already having formed friendly bonds with the Newmans and Benson, quickly began to find Barkin a total delight. 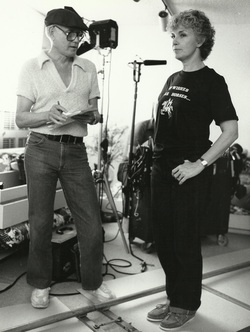 Tom very much enjoyed this spring shoot in the Ft. Lauderdale area. He stayed in a houseboat with an office on a lagoon, and there was an excellent restaurant in the same complex. Most of the rest of the cast and crew stayed in the marina as well, and access to all was easy. 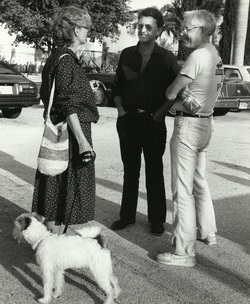 Here Tom is pictured with auditor Michael Menzies (with whom Tom also became friends), Joanne Woodward, and her dog.

Tom had last worked with Woodward in 1982 on a Showtime production of Candida, in which she played the title role. Two years after Harry and Son, Paul recommended Tom as publicist for The Color of Money, but the producers wanted another publicist.  Paul told Tom that he had to fight so many battles on a movie that he couldn't afford to waste his ammunition on fighting for a publicist. Tom always regretted not getting the job, but he did understand. Harry and Son was the last time Tom was able to work with two of his favorite people in the film business. 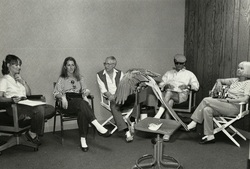 Publicists can get themselves involved in really weird stuff! Here he is helping audition a parrot (Woodward's character owns a pet store). Tom said that this is the parrot that got the job. 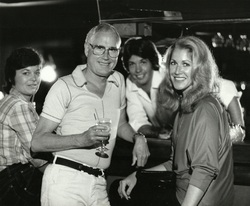 No, the unit photographer didn't follow them around to bars and other places of recreation  Here Tom along with Newman's office manager (whom Tom adored and I still do) and others are killing time before being used as extras in the background of a scene in the bar. You really can't see them in the scene: they're just blurs in the background. 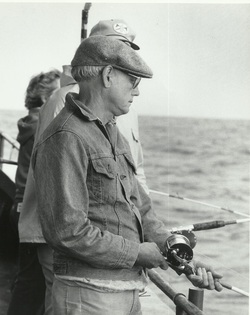 But in a scene on a fishing boat in which Tom is used as an extra, you get a good shot of him in the background fishing. (This comes across better in the widescreen letterboxed version.)  When Newman saw the rushes, he called out, "There's our Tom, acting his heart out!" 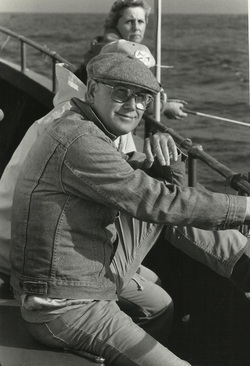 Same scene, this time with Tom just posing for the still camera. This is one of my favorite shots of Tom in later years. Tom loved caps. That cap was one of his favorites. I still have it, and it has become one of mine.

The movie? No, not a great lost classic. But pleasant. I always liked it more than Tom did. I think his problem was that having had such a good time working on it, he wished it had been better.

The problem, if I remember correctly, was primarily in the script. I believe that the screenplay co-writer with Newman was a good friend of Newman's, and perhaps Newman did not insist hard enough when he should. Or maybe it was the other way around.


It's not a trashy movie. It is not incompetent. And it does have interesting people in the cast. In addition to those mentioned you've got Wilford Brimley, Judith Ivey, Ossie Davis, Maury Chaykin, and in a very small role early in his career, Morgan Freeman. Freeman had completed his one-day job just before Tom arrived on the scene, so he missed him. However, after Tom got back to New York, we attended a party given by one of the women who worked on the movie. Freeman was there with his girlfriend, and after the party we left at the same time. Freeman had his car, and he drove us home. We always said that Freeman drove us before he drove Miss Daisy! 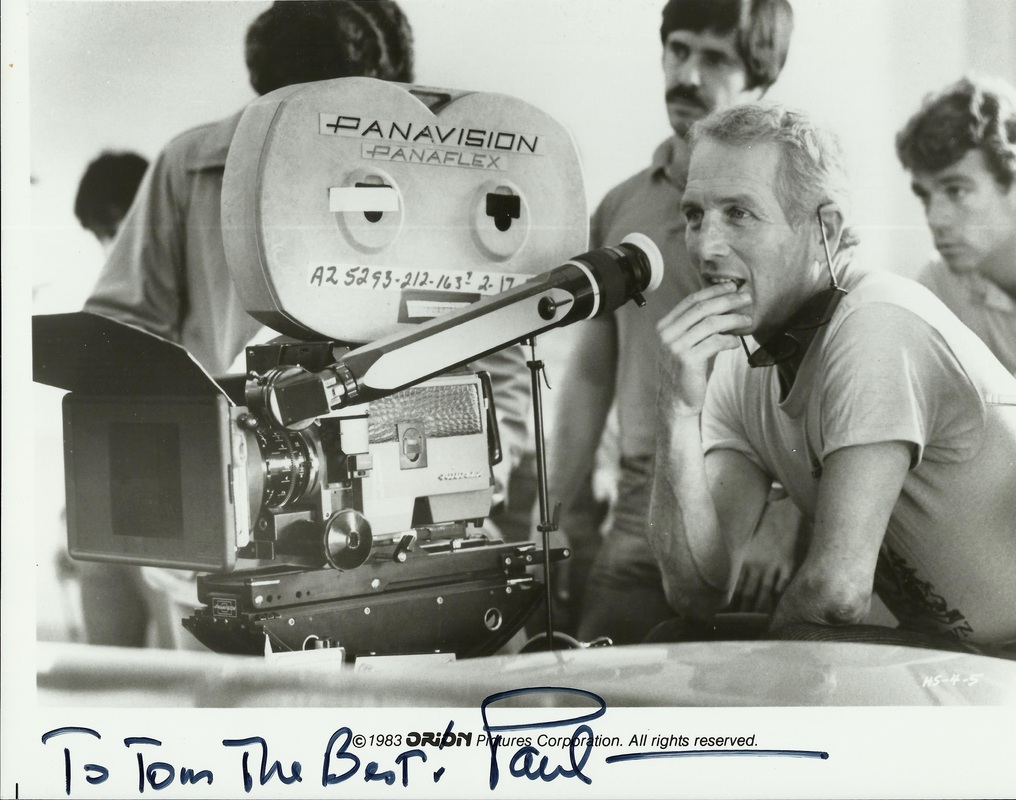